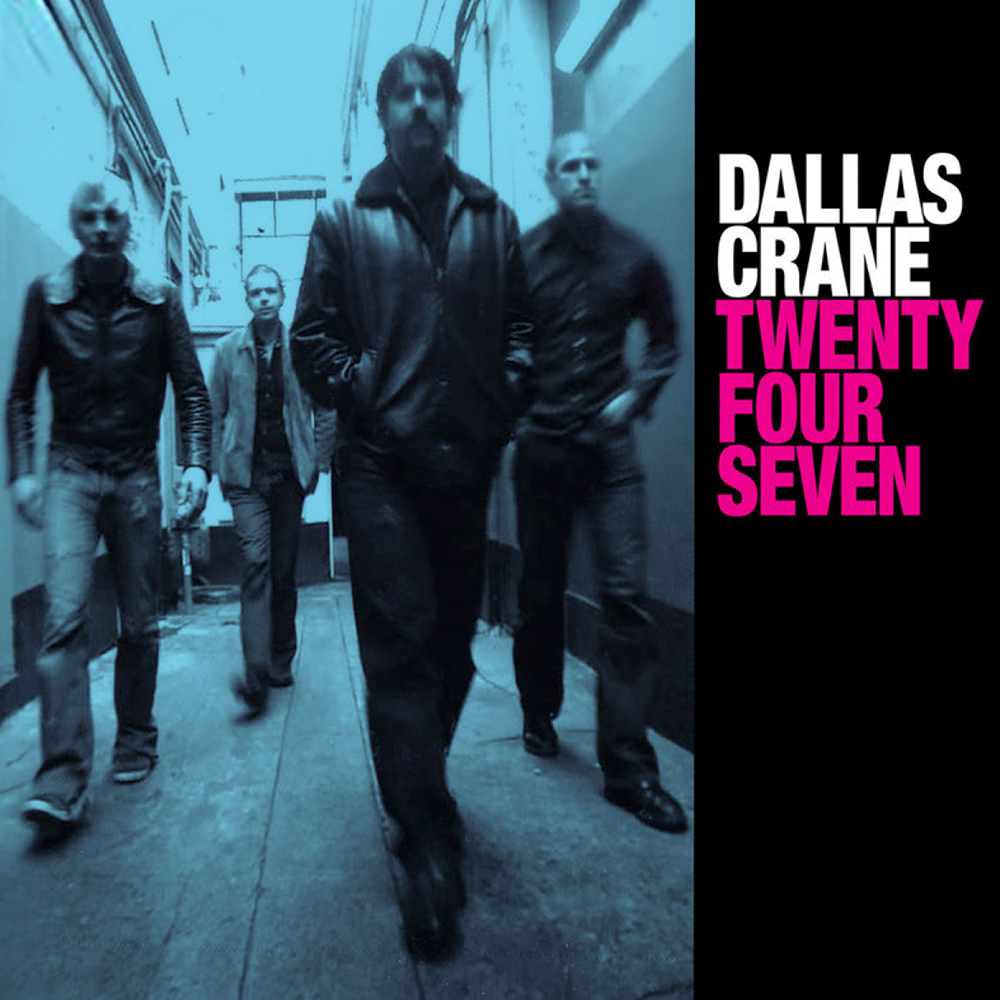 2000
Alberts
Producer: Dallas Crane with Craig Harnath
Number of discs: 1
Buy it from Amazon
Buy it from iTunes
Buy It from Google Play

Dallas Crane toured Australia in support of You Am I and then Regurgitator. Larkin later reflected that You Am I “were instrumental for us in many ways … When we started out, they were the band that everyone wanted to be. If you could go really well in Australia, you would be going as well as You Am I. In terms of cred and how good you were as a live band, they were it.” Dallas Crane became the head-liners at St. Kilda’s Esplanade Hotel. Their live repertoire featured tracks that were recorded for a second studio album, Twenty Four Seven, which was released on 17 October 2000. They had recorded and mixed the album in a week at Melbourne’s Hothouse Recording Studios with Craig Harnath producing. Shortly after its release Brodie left due to commitments with his brother Dan Brodie and their band, the Broken Arrows, which had signed to a record label, EMI. Chris Brodie was replaced in Dallas Crane by Pat Bourke on bass guitar in early 2001.

Twenty Four Seven received widely positive responses from Australian rock music critics with local rock street press, Beat Magazine and In-Press, hailing it as “Album of the Week” and “Rock Record of the Summer”, respectively. The lead track, “Sit on My Knee“, which was written by Larkin, was released as a single. It was placed on high rotation by Triple J. The group followed with “Sold Me” and “Already Gone”.

They continued to win support slots to a number of artists including Ryan Adams, The Black Keys, You Am I and Midnight Oil. During their shows with You Am I, lead singer Tim Rogers touted, “Dallas Crane is the best band in the country” and made reference to them in the You Am I single, “Who Put the Devil in You” (September 2002). Rogers curated the soundtrack for a feature film, Dirty Deeds (2002), and asked Dallas Crane to supply a cover version of “Wild About You”, originally performed by Australian 1960’s band, the Missing Links.