DALLAS CRANE and THE BEASTS

After an extremely emotional final performance with the Beasts of Bourbon, Tex Perkins hit upon the idea of getting all of the band’s members, past and present into a recording studio with no particular agenda other than to do just that. It was more of a celebratory thing he had in mind than anything. Sadly, bassist Brian Hooper didn’t make it along as he passed away a week after the Beasts last show.

Assembled in Soundpark Studio a couple of weeks later were, Charlie Owen, Boris Sujdovic, Tony Pola, Spencer Jones, Kim Salmon and Tex Perkins. They were unprepared save for some some sketchy ideas, loose ends and a couple of covers. With limited time the band knocked together a collection of jams pretty much true to the crazy M.O. employed back when The Axeman’s Jazz got laid down in that fateful eight-hour session in 1983.

Songs weren’t so much learned as ideas thrown together and recorded the moment they began to coalesce.

Captured were: Brian Hooper’s What The Hell Was I Thinking, James Baker’s Drunk On A Train, Boris’ Don’t Pull Me Over, Kim’s Pearls Before Swine, Tex’s On My Back and Just Let Go and Spencer’s At The Hospital……

There was Zappa’s The Torture Never Stops, Warren Zevon’s My Shit’s Fucked Up (was there ever a more appropriate cover for the Beasts?’). Add to that some untitled jams that became the hilarious Your Honour and Its All Lies.

Sound like an Album? You Betchya! Deeply sad is that Spencer was only around long enough to make it onto one track. Absolutely wonderful is that he did make it onto the recording. And with such a funny and typically Jones style piece of observation as At The Hospital.

With respect, this isn’t the Beasts of Bourbon. It would need to have Jonesy on every track to be that!

But loudly and proudly this is: The Beasts Still Here. 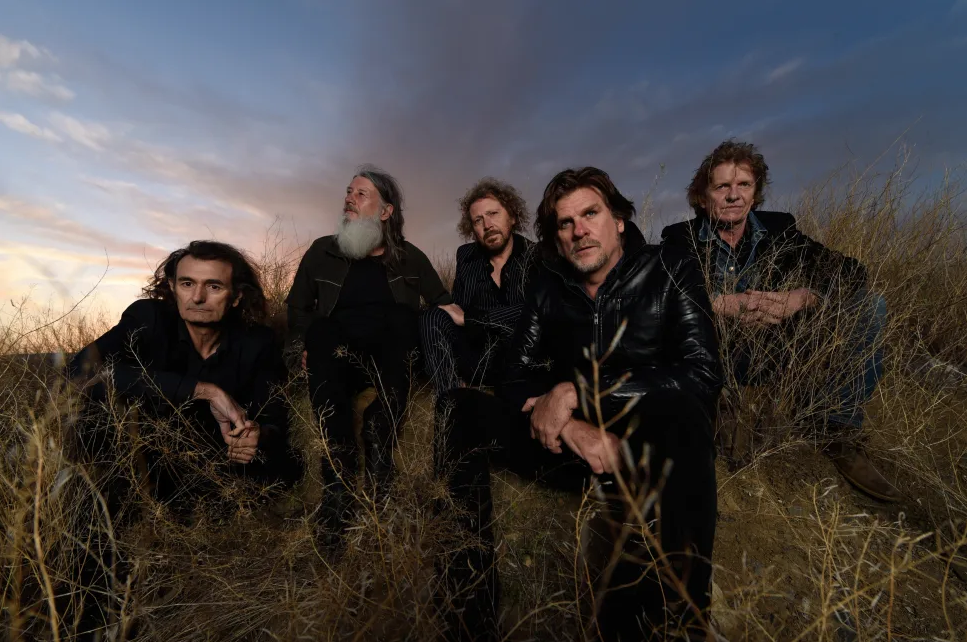