ROCKIN’ WITH THE TATTS 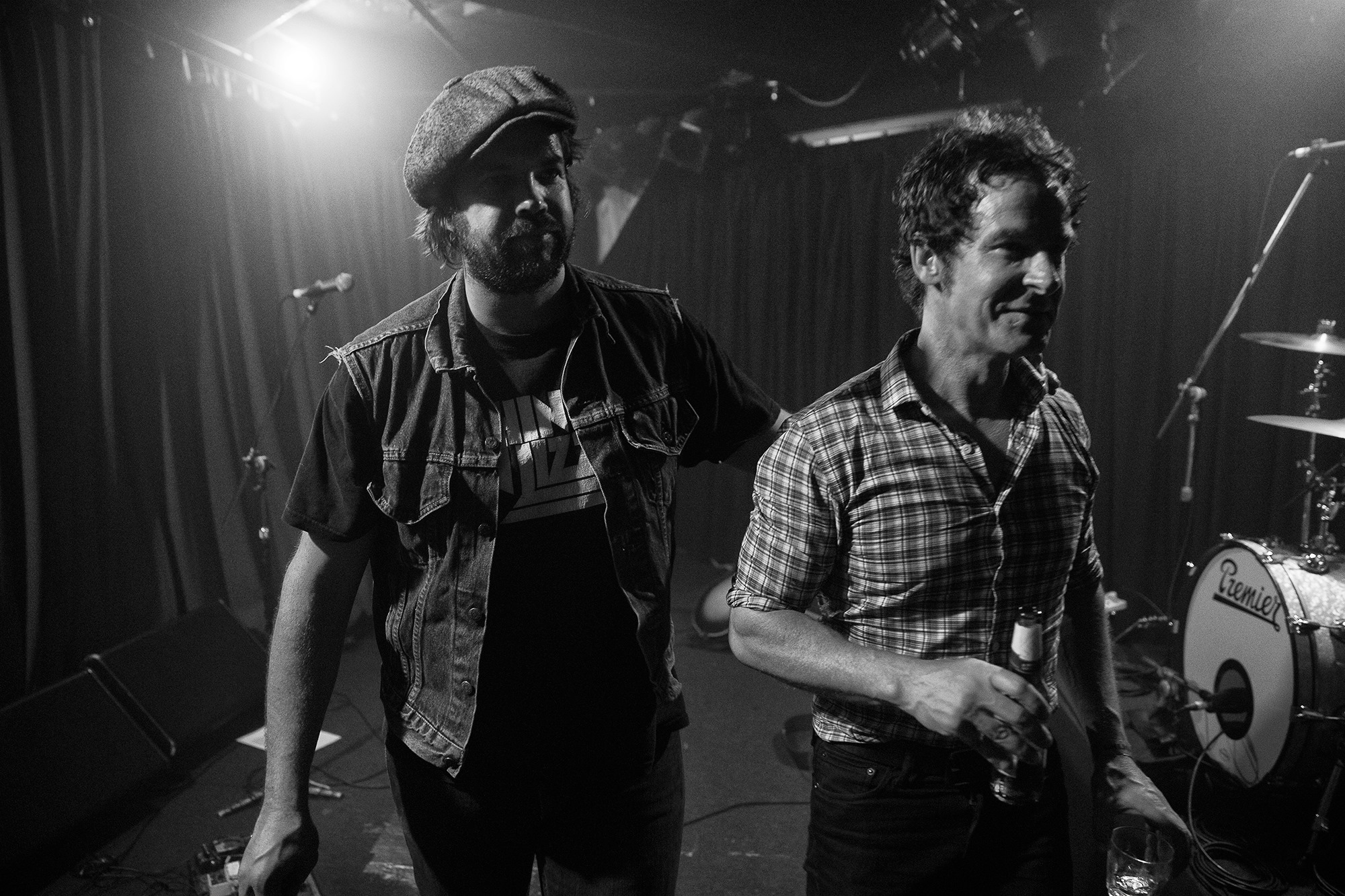 It’s been over 20 years since Dallas Crane burst onto the local scene with the Melbourne quartet still one of the best live acts going around. Mixing classic-rock sounds with driving riffs and vocalist Dave Larkin’s Jimmy Barnes-esque scream, Dallas Crane are a well-trained live outfit with quality songs to boot. Sinking tinnies on stage, highlights of the band’s set include the blues-tinged Sit On My Knee and riff-heavy Billie’s Gonna Die Young, with the crowd appreciative of their opening efforts.

When it comes to Aussie pub rockers, they don’t get any more legendary than Rose Tattoo. The ARIA Hall Of Fame recipients are part of the Australian music fabric, but don’t always receive the kudos awarded their peers. This doesn’t seem to bother the sold-out crowd that’s turned out today. Beards, long hair and black tees are the order of the day and the bar staff are under the pump from the mass of punters knocking back beers in anticipation for Angry Anderson and co to arrive.

Playing the unusual time of 2pm on a Sunday afternoon, Rose Tattoo still bring the fire with a triumphant, hit-laden set of old-fashioned heavy rock. The diminutive Anderson wanders on stage with a bottle of Stone’s Ginger Wine and looks like he’s already downed one bottle before the show. “Saturday night was a fucking big night in Geelong and I’m not feeling terribly well,” Anderson croaks before dusting off the cobwebs with One Of The Boys.

Anderson and his supremely talented and tight band take the audience back to a time when pub rock ruled the live music scene. Assault & Battery hits like a bottle to the skull, Tramp features a thunderous bass line and the balls-to-the-wall Rock’N’Roll Is King has a couple of older gents fist pumping the air with glee. Rock’N’Roll Outlaw interlopes the riff from Deep Purple’s Smoke On The Water as one woman plays along on her air guitar.

“I’ve already forgotten it’s not fucking night,” Anderson states as he takes another swig, his hangover seemingly forgotten. Scarred For Life features an extended guitar solo as Anderson prowls the stage, his animated facials matching his raspy vocals. The familiar riff of Bad Boy For Love has grown men hugging and singing along with gusto, and ends with Anderson letting everyone know Rose Tattoo “don’t do encores”.

Making a toast to Australian sovereignty and referencing the Eureka Stockade, there’s a worry Anderson might say something offensive but the tattooed rocker calls for unity among Australians no matter their race, sexual preference or status. This segues into call-to-arms anthem We Can’t Be Beaten, with many a beer spilled by overenthusiastic punters. Anderson passes his near-empty bottle of fortified wine to a member of the crowd during frantic finale Nice Boys Don’t Play Rock’N’Roll, with Rose Tattoo still a force to be reckoned with four decades on.