The inaugural Scene & Heard rocks to life at Wickham Park on November 4, the day after the youth-orientated This That brings The Rubens, Amy Shark and RL Grime to town.

Scene & Heard replaces the previous over-55 focused Live At The Foreshore and shifts the demographic towards Generation X and Y.

The full line-up will be officially announced on Tuesday, but the Newcastle Herald has learnt that ’90s alternative rock legends Spiderbait and Dallas Crand are among the acts booked for Scene & Heard. 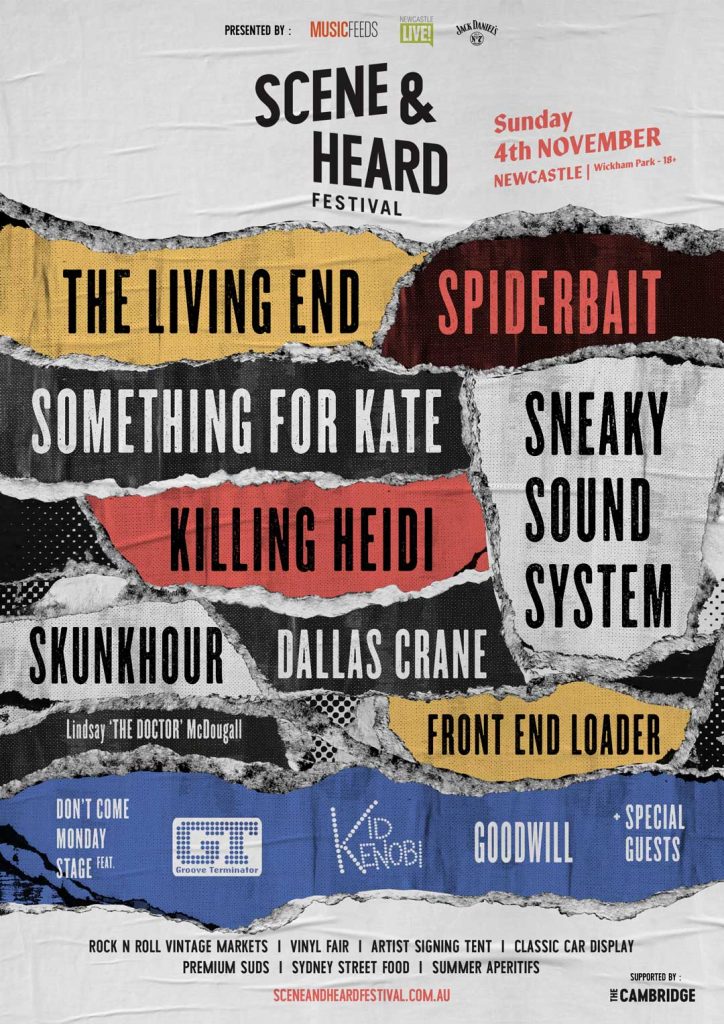